The Not So Sweet Smell of Spring

For some the first sign of spring is ground hog day. For others it is the sight of a robin pecking at the lawn in search of a juicy worm. For me it is, and has always been, spotting the first road-killed skunk of the year.

I eyeballed him in the center of US 6 this morning. Dead. Innards scattered across the center line. What a beautiful sight! Spring is almost here!
Posted by Frank Weller at 12:49 PM 1 comment: 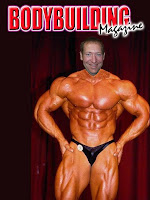 I hit the gym hard Monday morning in an effort to tune up for our mission trip three weeks hence. (By the way, we could still use some funds for the trip. If any of you regular Frankly Speaking readers would like to contribute, please email me ASAP. - Thanks) Back to the gym.

I am using Bill Phillips' Body for Life. It has helped me shape up in the past, and I am confident that it will bring me around this time. Monday was upper body resistance training. I worked my pecs, biceps, triceps, shoulders, etc. It went really well. Until 3 AM Tuesday morning, that is. That is when I woke to a raging pain in my left arm and shoulder. I began slamming down the ibuprofen, and it is a bit better.

Yesterday was cardio. I loved it. Hitting the treadmill leaves me feeling energized - seriously. Today was lower body.

I have to tell you, I am praying my arm pain will subside some before I hit upper body again on Friday. Mrs. Frankly tells me, "you're not twenty-five anymore." I guess she is right.

Did I mention I am tanning, too. Now that is another story altogether.
Posted by Frank Weller at 9:43 AM 2 comments:

BELGRADE (Reuters) - A routine appendix operation in Belgrade went badly wrong when two surgeons started fighting and stormed from the operating theater to settle their dispute outside, the daily Politika reported Wednesday.

Surgeon Spasoje Radulovic was operating when his colleague Dragan Vukanic entered and made a remark that started a quarrel, said the anesthesiologist on duty.

"At one moment Vukanic pulled the ear of the operating doctor, slapped him in the face and walked out," she said.

Radulovic followed and an all-out fight ensued, resulting in bruises, a split lip, loose teeth and a fractured finger.

The operation was completed successfully by the attending assistant doctor.

Is it just me, or is that a picture of many churches you know? I don't recall who asked the question: "Is the church a museum for saints or a hospital for sinners?" Assuming it is the latter, what does it say when the physicians (believers) are so busy arguing with one another that the patients (unbelievers) are dying?

Jesus told his followers, ". . . I am giving you a new commandment: Love each other. Just as I have loved you, you should love each other. Your love for one another will prove to the world that you are my disciples." (John 13:34-35, NLT)

Do you suppose the converse of Jesus' statement is equally true?
Posted by Frank Weller at 9:16 AM No comments: 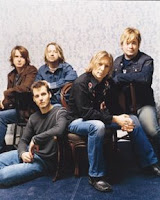 I have been preaching about evangelism for the past three weeks in a series based on Bill Hybels' book, Just Walk Across the Room. Sunday, Bruce came up and told me this story about his brother-in-law. With his permission, I want to pass it along to you:

When Tom Michael went off to college, his parents, Wayne and Sue, were a little concerned about how he would handle his faith among the pagan world. After all he had never been out of his "Christian Cocoon" for any real extended time. Western Michigan University was a large college, and a long way from home. Not only that, but he was a bass player in a band that would be playing at night clubs or bars. Not the type of places that would make a christian mother and father comfortable. How would he handle the pressures of the world, his friends, and of course the temptations one has when you're away from home?

Well, Tom had an answer to all the questions. He was a young man who's faith in God was more important to him than anything else. But that was not good enough for him. No, he made sure that the people around him would see that his faith was strong. He wanted them to see that God's way of life was better than anything they had ever experienced before.
Having that kind of attitude made it very easy for God to use him.

By the time Tom graduated, he had led 17 people to the Lord. Had he not gone to Western Michigan, but a Bible college instead, I wonder how many non-Christians he would have reached. I've felt for a long time that a Christian's duty is to be friends of sinners. As you stated so well on Sunday, Jesus made it a habit to spend a lot of time with sinners.

Tom's career as a bass player took him from Western Michigan's Gold Company all the way to Nashville. His commitment to Christ took him all the way from small-town bars to big-city arenas playing bass for the Christian worship band Sonicflood. Frankly Speaking, Tom is a great example for you and me to follow, don't you think?
Posted by Frank Weller at 8:41 AM No comments:

I am re-reading Richard Foster's book Celebration of Discipline as part of a leadership training course I am conducting with some guys in our church. I loved this quote from his chapter on service:

Right here we must see the difference between choosing to serve and choosing to be a servant. When we choose to serve, we are still in charge. We decide whom we will serve and when we will serve. And if we are in charge, we will worry a great deal about anyone stepping on us, that is, taking charge over us.

Foster is right on. There is a subtle, but significant difference between the two. The "way of Frank" is choosing to serve. But the "way of Christ" is choosing to be a servant. The farther I come, the more I realize I've got farther to go.
Posted by Frank Weller at 1:38 PM No comments:

Breitbart is reporting compelling story out of its Asian bureau today:

BANGKOK, Feb. 7 (UPI) -- A woman who boarded the wrong bus on an attempted shopping trip from Thailand to Malaysia has returned home after 25 years.

Jaeyana Beuraheng told her eight children she accidentally boarded a bus bound for Bangkok instead of Malaysia, and once there she boarded a second incorrect bus because she could not read or speak Thai or English, The Times of London reported Wednesday.

Beuraheng, who speaks only the Yawi dialect used by Muslims in southern Thailand, said the noise and traffic of the big city confused and disoriented her, leading her to board the second wrong bus to Chiang Mai, near the border with Burma.

The woman said she spent five years begging on the street in the city and was often mistaken for a member of a hill tribe because of her dark skin tone.

She was arrested in 1987 on suspicion of being an illegal immigrant and was sent to a social services hostel when authorities were unable to determine her origins.

However, last month, three students from her home village arrived at the hostel for training, and they were able to communicate with Beuraheng and help her find her way home.

My friend Brent Avery tells me that the longing every believer has in their heart is the longing to go home. To go back to the Garden, where the world was perfect, untainted by sin. To go back to that place where the Father is, that place we can truly, finally call home. Every person whose heart has yearned for that home understands what this dear woman went through. And every person who has been embraced by the Father understands the joy she must have felt at her reunion.
Posted by Frank Weller at 4:13 PM 1 comment:

Dancing to the NFL's Tune

Because of the uproar over churches being able to, or not being able to show the big game on Sunday, our church complied with the NFL's requirements. I issued the following statement on Sunday morning:

As you’ve no doubt heard, the National Football League recently came out with guidelines concerning who can and cannot watch tonight’s big game. Consequently, we have prepared the following statement. . .

Earlier this week, the National Football League contacted an Indianapolis church to tell them that they could not continue with their longstanding tradition of a Super---- party. The church had planned a Super---- party to watch their beloved Colts take on the might Bears in Super---- XLI. Because the church planned to charge admission and watch the Super---- on their large screen projection system, the NFL objected.

Concern about the erosion of profits from the 2.6 million dollars they receive for each 30 second Super---- commercial prompted the league to ban such parties. The league laid down the following guidelines. First, churches are banned from using the word Super----. Second, the game may only be watched on screens measuring 55 inches or less. Third, churches may not give a Christian testimony at half-time.

Instead, we urge our sponsors, staff, and attendees to use the following alternatives when referring to the big game:

Super Sunday
Superbowl-o
Super-duper bowl
The big game
There was a church they had a bowl and game-o was its name-o
And finally . . . Supercalifradulisticexpialidcous-bowl.

Hopefully this clears up any concern about the legal standing our church has in connection with tonight’s Super-duper bowl-o event. We look forward to seeing you all back here tonight at 5:30 P.M.

Read this today in John Maxwell's Developing the Leader Within You:

Posted by Frank Weller at 10:30 AM No comments: