Back in college I knew a couple, Brian and Joanna, that sold their car and bought bicycles. It made little sense to me at the time. As a newlywed man, it seemed like obtaining a car was the natural progression in attaining the American Dream.

Twenty-five years later, there seems to be some prescient wisdom in their two-wheeled decision. At least that is what I thought this morning as I read David Platt's book, Radical - Taking Back Your Faith from the American Dream.

Platt is challenging me in some pretty significant ways. Chief among them is the challenge to rethink how I view wealth and financial resources. Here is some of what he has to say:

Are we willing to ask God if he wants us to sell everything we have and give the money to the poor? Are we willing to ask and wait for an answer instead of providing one of our own or justifying our ideas of why he would never tell us to do this? This seems a bit radical, but isn't it normal and expected when we follow a Master who said, "Any of you who does not give up everything cannot be my disciple"?

Once again, we find ourselves back at what it means to follow the Jesus of the Bible, not the Jesus we have created and are comfortable with. The rich man in Mark 10 didn't see Jesus for who he was. The rich man perceived him as a respectable religious figure, calling him "good teacher." However, Jesus was not, and never is, interested in being seen as a respectable teacher. He is the sovereign Lord. He doesn't give options for people to consider; he gives commands for people to obey.

Now, before you and I think of all the reasons he would not tell us to do these things, we need to think about this question first: is he Lord?

Communication in a common language 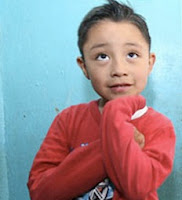 First-grader Fernando wouldn't leave Brian alone. He poked and pinched him until the two were on the floor of the school bus wrestling. I needed to speak with Fernando's mother. Problem is, she doesn't speak English, and my Spanish is the "mission trip variety." That is to say I can find a bathroom, order three different kinds of burritos, and ask for various hand tools - "Yo necessito un martillo, por favor." My grammar has always been lousy. (Probably my spelling, too.)

Still, I was up for the challenge.

We pulled up to the stop and Fernando's mother was waiting.

"Esta tu madre de Fernando?" I asked. I think that means something like "It is you Fernando's mother?" But I said it with a question mark, and her nod told me she was acknowledging the little guy. "Habla espanol?" A shake of the head.

I apologized for my poor Spanish and then said, "Los manos de Fernando es pick, pick, pick, pick," as I made poking and prodding gestures with my fingers. I think that means something like, "The hands of Fernando is pick, pick . . ."

I continued, "Yo necessito los manos de Fernando aqui," and then placed my hands on my knees. Admittedly, I had some concern about saying it that way. If someone said to me, "I need the hands of your son here," and then placed his hands on his own knees, I would be a little creeped out. Doing my best not to come across as a slime ball, I said, "or here," shoving my hands in my pockets, "or here," and sitting on them. Come to think of it, maybe that didn't work so well either.

She shot a withering stare at Fernando and his eyes dropped to the ground. She looked back and me and, though she said not a word, I knew.

Fernando's gonna turn out all right.
Posted by Frank Weller at 4:39 PM No comments:

Separation of church and state? 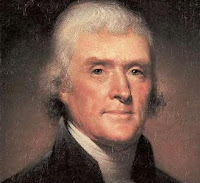 I got in trouble with some people that I care deeply about a few years back when I kicked up a fuss about mixing patriotic imagery with spiritual activity. Recalling something that my literature professor said years before - "When you put your hand on your heart, face a flag, recite words from memory, and sing a song with a tear in your eye, that looks a lot like worship." - I determined to love my God and love my country - but not necessarily to mix those to affections too closely.

Why? In a word - and a fancy word at that - syncretism. "The combination of two or more different forms of belief or practice," syncretism always dilutes faith. The first commandment forbids the worship of anything other than God. The second commandment forbids the fashioning of an idol. Maybe I am overly sensitive (a charge that has almost never been applied to me - just ask my wife), but I am simply uncomfortable with expressing fidelity and devotion to anything or anyone at a time set aside solely for the worship of God.

That being said, I have no problem with that door swinging the other way. That is, I believe that the more we inculcate the Christian values that our founders held into the marketplace, into the classroom, and into our legislative and judicial bodies, the better off we will all be as a society.

One might say I want to have my communion bread and eat it too.

I suspect Ken Paulson of the First Amendment Center would.

In a piece detailing the debate between the two Senate candidates from Delaware, Paulson reviewed their verbal sparring over the First Amendment as it applies to religion. Christine O'Donnell stated, "Where in the Constitution is the separation of church and state?" It isn't, of course. Some would say - most actually - that it is contained within the First Amendment which guarantees that "Congress shall make no law respecting an establishment of religion, or prohibiting the free exercise thereof."

Therein lies the rub. Some read this to say that the church house and the state house must be kept completely separate. Proof of this point is a letter penned by Thomas Jefferson, our nation's third President, in which he wrote that the First Amendment created a "a wall of separation between Church and State." He is not alone among our nation's founders in expressing such sentiment. The Bill of Right's author, James Madison, expressed similar thoughts.

To better understand the thinking behind the writing, though, one must look only to the actions of the author. What did Thomas Jefferson do?

He attended church. But, with some notable exceptions - Ronald Reagan and Barack Obama included - most of our Presidents do. So where did Jefferson attend? He attended the church that met in the United States House of Representatives. The one where he had the Marine Corps Band play for church services each Sunday. It was, in fact, the largest church in our nation at the time. And it wasn't the only federal facility used for such a purpose. Songs and sermons reverberated each Sunday from the walls of the Supreme Court building and the Treasury, too.

What is more, as President of the D.C. School Board, Jefferson insisted that two books be taught in schools - the Bible and the Isaac Watts Hymnal. He even supported mission work, signing a bill to pay for the construction of a church building for the Indian territories and for the salary of chaplains to the Native Americans. The Congress, with the President's signature, even approved a bill for the printing and distribution of Bibles for Native Americans.

Say what you want about Jefferson - and there is plenty, what with his deistic ideas and his cut and paste New Testament - but Jefferson was not one to exclude religion from government and public life. Why then are we?

Admittedly, I am loathe to incorporate Americongraphy into my Sunday worship but am quick to incorporate God into public life. Accuse me of promoting a double standard if you want. You might be right. But I will stand with Jefferson.

Frankly speaking, I am, I think, in pretty good company.
Posted by Frank Weller at 10:51 AM 1 comment:

With thanks to Kelsey Fisher. My son, Caleb, is the tallest snare player. Near the end, he is in the lower left hand corner marking time for the D-line. My son, Jonah, is a trombone player. Love this band!

Posted by Frank Weller at 1:32 PM No comments:

From the Rome (Georgia) News-Tribune

Terry sent this to me. It is pretty funny, actually.
Posted by Frank Weller at 9:29 AM No comments: