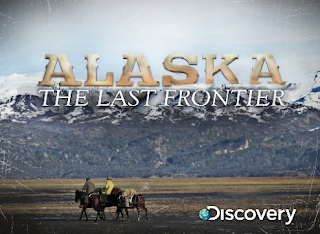 Mrs. Frankly and I recently discovered Alaska: The Last Frontier, one of the new shows on Discovery. It chronicles the exploits of the families of Atz and Otto Kilcher, two of Yule and Ruth Kilcher’s eight children. When Yule saw war clouds rising in Europe, the family patriarch moved the family to Alaska’s Kachemak Bay to escape Hitler’s war machine.

During a recent episode, Otto talked about his wife, Charlotte. He loves her – everything about her, it seems – except her cooking. She has little culinary ability. So Otto does a lot of the cooking.

Though his father has passed away, Otto recalled that once Yule dropped in at their home, and was surprised to find Otto in the kitchen cooking.

Finding Otto at the stove, the incredulous Yule asked his son, “Why are you cooking? You have a wife!”

Otto’s response is classic, and one that I will share with every engaged couple that attend one of our premarriage preparation classes. “I’d rather have a hot wife and a cold meal than a cold wife and a hot meal.”

Now there’s a man that gets it!
Posted by Frank Weller at 6:11 PM No comments: