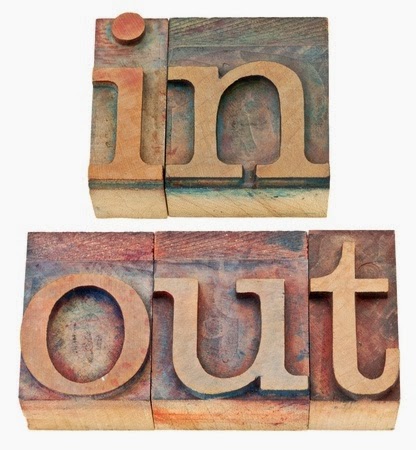 Recess can either be a child’s greatest hope, or his greatest fear.

I recall many afternoons at J.E. Ober Elementary School where two captains would choose teams for a game of kickball. We stood in a line waiting to be called. The worst possible scenario was to be chosen last. The anxiety of those not yet chosen increased with each selection. We trembled with nervousness. Some pleaded with their eyes; some cried “pick me, pick me.”

As overpowering as the anxiety was, as soon as you were chosen your fretfulness was washed away in relief. For most of us, the feeling so overwhelmed that we immediately forgot about those still in line waiting to be chosen. And while there might be a friend or two that we would lobby our team captain to select, for the most part, we were already thinking ahead to the game, completely oblivious to those still not chosen.

It is as if there was some mental blackboard that was erased the moment we went from outsider to insider.

The New Testament contains two interesting words in the original Greek that inform our understanding of those on the inside and those on the outside: OIKOS and XENOS. XENOS is translated as stranger or alien. It means outsiders – those who don’t know Jesus and, therefore, are not a part of the church. Interestingly enough, though, it also refers to how we are to live in this world.

Paul uses this word in Ephesians 2 to remind Christians that they were once outsiders:

Therefore, remember that formerly you who are Gentiles by birth and called “uncircumcised” by those who call themselves “the circumcision” (which is done in the body by human hands)— remember that at that time you were separate from Christ, excluded from citizenship in Israel and foreigners to the covenants of the promise, without hope and without God in the world. But now in Christ Jesus you who once were far away have been brought near by the blood of Christ . . . .

Each of us was once estranged from God. We were outsiders, and not heirs to the promises of Christ. Tens of thousands in our city fit into this category. In fact – and I have repeated this so many times that our church must be growing weary of it – 36% of the people who live within three miles of our steeple, or nearly 20,000 people, have no faith involvement of any kind. They are XENOI. They are where each of us once was; they do not know Jesus.

The opposite of XENOS is OIKOS. OIKOS is often translated as household. In our culture household means something different than it did in Paul’s day. In Paul’s day it referred, not just to one’s family, but also to his neighbors, friends, co-workers and acquaintances. It had a much more eastern feel to it. Maybe the best way to think of it is that OIKOS refers to our spheres of influence. Who are the people in my life that I have influence with? They are my OIKOS.

Paul uses each of these words in Ephesians 2:19 to explain the transition from outsider to insider: “Consequently, you are no longer foreigners and strangers [XENOS], but fellow citizens with God’s people and also members of his household [OIKOS]. . . “

The challenge for us, both as individuals and as a church, is to expand our OIKOS by moving people from XENOS to OIKOS. But how to we do that? We do so through a process that that Eric Bryant, a pastor at Gateway Church in Austin, Texas, explained to me a few weeks ago using the acrostic IPSIS:

I – Identify our OIKOS. Those people that God has already given us influence with.
P – Pray for our OIKOS. How often do we pray for our neighbors? Our co-workers?
S – Serve our OIKIS. I’ve been trying to do this this winter by snow blowing.
I – Invite our OIKOS. Not just to church, but whatever. Ballgames. Barbecue, etc.
S – Share with our OIKOS. We share our faith as God gives opportunity.

When we become Christ followers there is such relief to know that Jesus’ death has purchased our freedom. There is such excitement as we dive into God’s Word and learn the amazing truths therein that now apply to us as new believers in Christ. There is a whole world of “Christian culture” to learn and interact with. Bible translations, Christian music, Christian events. On top of that are the great doctrines of the faith, the theology that helps us better understand this newfound belief. And so – quite unintentionally I am convinced – we forget about those who are still outsiders.

This is doubly difficult for those of us who grew up in a church. Although there was a time when we were theologically outsiders – that is, before we submitted ourselves to Christ as Lord and Savior – we were still very much culturally insiders. We knew the Christian lingo; we were part of a church family even before we made our parents’ faith our own faith. Lifelong insiders are even more challenged to understand what it is like to be an outsider – a XENOS.

This is a challenge we face at South Lansing Christian Church: we are a church that is primarily made up of people on the inside.

We need to remember what it was like to be “. . . separate from Christ, excluded from citizenship in Israel and foreigners to the covenants of the promise, without hope and without God in the world.”

And then, having remembered, we commit ourselves to being an inside out church that sacrifices comfort and convenience for the sake of those who are still XENOS.
Posted by Frank Weller at 1:43 PM No comments: 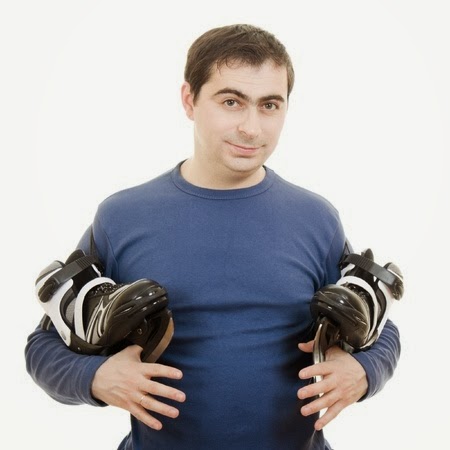 Wishing he knew how to skate.
Posted by Frank Weller at 11:04 PM No comments: