The genius of Apple 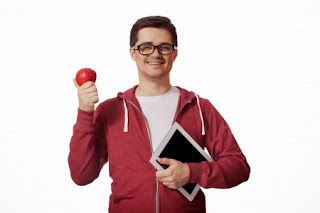 I saw something remarkable tonight.

I stopped by the Apple Store to pick up the new iPad Air. The Genius who greeted me was incredibly efficient and helpful. He had an individual shadowing him - a new employee, I assumed, who took my information and sent a runner to retrieve my iPad.

As we stood, chatting and waiting for my iPad, every red-shirt wearing Genius broke out in a sustained, raucous applause - the sort of applause one reserves for a celebrity. In fact, I assumed that someone famous must be making his or her way from the back of the store to the front.

But it wasn't anyone famous. Just a regular looking guy, wearing a flannel shirt with a duffel bag slung over his shoulder.

I asked my Genius what was up and he told me, "Today is his last day at our store. This is how we congratulate every person when they leave."

"How long has he been here?"

"To another Apple store."

As the customers and employees in the packed store parted and the guy made his way through the crowd, he was stopped multiple times to receive hugs from his co-workers. I am not exaggerating when I say that this applause went on for five minutes.

I appreciated what Apple communicated through this experience:
What about you? When have you seen similar examples of companies that have created a culture where their employees are valued and acknowledged? And, for those of you who interact with this blog in the context of a church, what can we learn about creating amazing environments where we serve?

Posted by Frank Weller at 9:51 PM No comments: