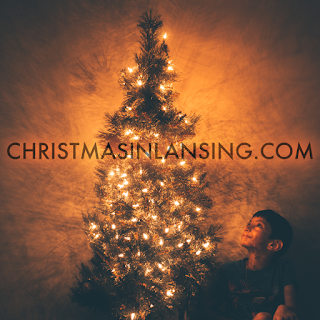 If your family is looking for amazing activities this Christmas, check out
ChristmasInLansing.com, the new website created by South Lansing Christian Church.

Our church created it as a gift to our community. We wanted to have one place where Lansing residents could go to find the best holiday traditions the Capital City has to offer.

Sorted into five categories, including Family Fun, Arts and Music and Christmas Worship, there is something for everyone.
Posted by Frank Weller at 9:45 PM No comments:

Is heartburn on the menu this Thanksgiving?

Will the 2018 election intrude on turkey day the way the 2016 election did? That’s the question the Dallas Morning News asked in an article highlighting a study by researchers Keith Chen and Ryan Rhola.

The researchers compared cell phone location data and voting data to analyze how long travelers spent celebrating Thanksgiving with their relatives. Comparing 2015 data with 2016 they observed that families with members who have different political leanings “shortened their dinners by 30 to 50 minutes compared with those who traveled to districts with similar leanings.”

If “family is forever,” we shouldn’t let something as temporary as an election drive a wedge between the most important people in our lives. Here’s a list of things you can do or talk about this Thanksgiving instead of talking about politics:


Letting politics affect your family is giving too much power to those who are already the most powerful among us. Champions of diversity rightly suggest that our variety make us stronger. That we ought to celebrate what makes us uniquely different. Let's bring that same tolerance with us to the dinner table this Thanksgiving.

Posted by Frank Weller at 12:07 PM No comments: