In memory of Angie Uber 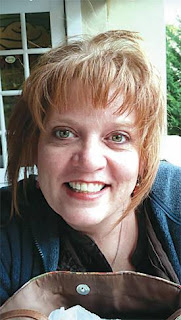 When I arrived as a fresh-faced, newly minted preacher at the Butler Church of Christ twenty years ago, it didn’t take me long to realize that Angie Uber knew a lot more about being a church secretary than I did about being a pastor. Angie passed away last week at age 48. Cancer might have defeated her body, but I feel certain that her spirit thrived.

The truth is, I probably never would have gone to that church if it wasn’t for Angie. It had only been a few weeks since Brother Dale resigned before I applied for the position. The fact is, the church hadn’t even advertised they were looking for a new preacher yet, but I knew Dale, heard he had left, and called him up. He told me to go for it, so I sent a cover letter, a resume, and a couple of propaganda pieces that I thought would make me look better than I really was.

Angie was the first person at the church to see the envelope. As I recall, she didn’t even open it, but it was obvious from the shape and the addressee that someone was applying for the job. She could have tossed it in a desk drawer – they hadn’t even begun taking applications, after all. But, as she later told me, she sensed the Holy Spirit telling her she should take my resume to Terry Ulm’s house where the elders were meeting that night. She went out of her way – about ten miles out of her way – and interrupted the elders with her you-aren’t-going-to-believe-what-I-have-here story.

I am so glad she did.

Ron and Angie, and their children, Josh, Cameron and Kaitlin welcomed us into their Butler Church of Christ family. Their kids became friends with ours. My wife, Tracy, and Angie commiserated about the challenges of “dealing with Frank,” one as a wife, the other as church secretary. Angie’s office was a nonsense-free zone., and she tried hard to train me right. When I was annoying, she told me so. When I was unreasonable, she told me that, too. Between my red beard and her red hair there existed the potential for some hot tempers, but I don’t recall that there ever were. (She might tell you differently, but that’s how I remember it.) Any peace that existed between us was because she wasn’t just passionate about her faith, but also because she embodied the grace of the One who was the object of her faith.

Those were some challenging days for our church, and I couldn’t have navigated them without her. She knew everyone in town. She knew their families, where their kids went to school, what jobs they had, and where they went to church (or didn’t). She became the standard by which each of the secretaries I have been privileged to work for is compared. And even after her family moved away, and after our family moved away, Angie and Ron continued to bless the ministry of the Weller family by supporting the work of my missionary daughter, Abigail.

Angie and I haven’t seen each other in years. Though the Weller women stayed in touch with the Uber women, my path and her path diverged. And yet, I miss her more now, knowing that she is gone.

She is not gone; she has gone on. Gone on to see her faith become sight; her hopes become fulfilled; her devotion rewarded. In the 175-year-old building that housed our church, our offices were adjoining, separated only by a door. And, really, that’s a little like the way it is now. Angie’s home and mine are separated by death’s door. On this side is the pain of saying goodbye, the heartache of all the “ought-to-have-beens,” and family and friends who long for one more conversation, one more touch, one more moment with her.

But, even though I miss her, I don’t wish her back.

I’m a lot older than I once was and, hopefully, a little wiser. I know that on Angie’s side of death’s door there is “no more death or mourning or crying or pain,” for God has wiped away ever tear from her eyes. And when her closed eyes opened, and her cancer free mind cleared, she was with Jesus.

And that is just as it ought to be.

Posted by Frank Weller at 7:17 PM No comments: